Diamonds have been treasured for aeons. In the first century AD, the Roman naturalist Pliny stated: “Diamond is the most valuable, not only of precious stones, but of all things in this world.”

In mythology, pure and colourless stones with exceptional brilliance such as the diamond were naturally brought into connection with the moon; and it was understood that all gems associated with the moon partook of its enigmatic character; protecting the wearer from demons and and malevolent spirits by illuminating the witching hour of the night.

Although diamonds have been beloved as talismans and amulets for centuries, historically it was coloured gemstones such as sapphires, emeralds and rubies that were the fashionable choice for wedding and engagement jewellery, with diamonds only featuring as small accents rather than large centre stones. 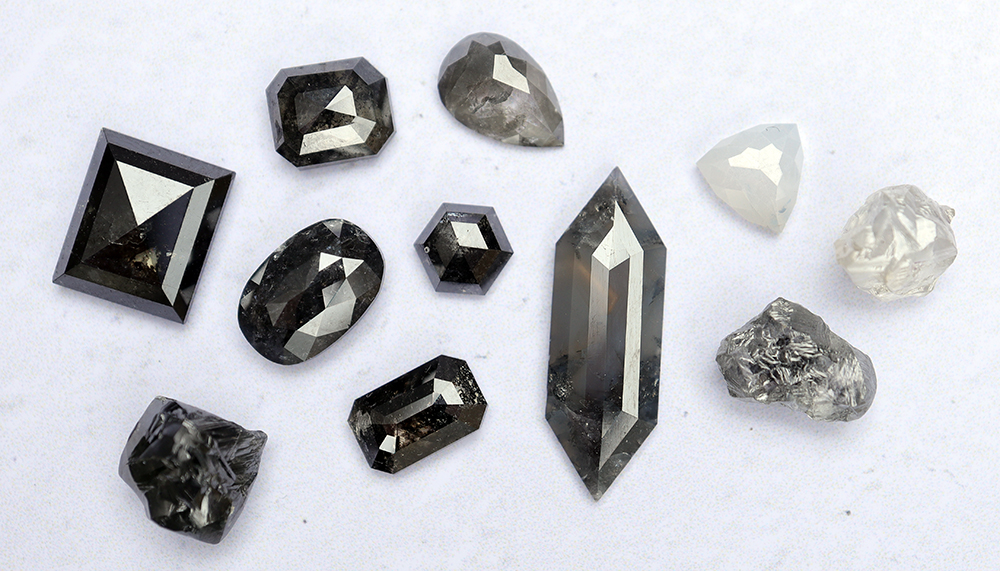 A selection of faceted and rough diamonds from my personal collection.

These days, it is commonly known that in the 1940's the De Beers Group created the marketing campaign that turned the diamond into the most popular choice of gemstone for engagement and wedding jewellery. Prior to this, sales of diamonds were actually in decline!

Shortly after the success of this campaign, the globally accepted standard for describing diamonds, known as the 4Cs, was created by the Gemological Institute of America (GIA). A diamond’s cut, clarity, carat weight and colour profoundly impact a diamond’s overall aesthetics and cost.

For diamonds in the normal range, value is based on the absence of colour - but the mineral has been found in a wide range of natural colours. Brown and yellow fancy coloured diamonds are the most common, but natural diamonds in shades of blue, green, purple and orange also exist.

In fact, whilst diamond as a mineral is not actually as rare as the De Beers Group marketing would have you believe, some fancy coloured diamonds—such as the pink diamonds from the famous Argyle mine in Western Australia—are genuinely rare. Producing over 90% of the world's pink diamonds, the mine closed in November 2020 when the supply had been exhausted.

In spite our collective knowledge of the dubious marketing and mining practices that have shrouded diamonds with much mistrust over the years, this stone continues to captivate and delight jewellery lovers.When cut with precision, white and fancy coloured diamonds refract the light and sparkle (known as scintillation) in a truly enchanting way.

As the hardest substance on earth, and the only gemstone to have a Moh's Hardness Scale score of 10, the diamond really is one of the very best gemstones for wedding and engagement ring jewellery. Where softer minerals can be easily scratched and become ‘tired looking’ through everyday wear, diamonds excel.

For longevity, there is no better choice.

In the last 25 years, a new genre of fancy diamonds have begun to rise in popularity.

With a brazen disregard for the invented rules of diamond desirability originally created by De Beers and then clarified by the GIA, a new generation of consumers are in control of the market by seeking out a more unconventional approach to wedding and engagement jewellery. As a result, the affordability of these fancy diamonds still remains attainable.

Fancy grey diamonds contain a high level of hydrogen as an "impurity" element, which is what is believed to cause their colour. Fancy white diamonds also exist - they have a milky white colour and sometimes display beautiful opalescent flashes of colour.

For black and salt and pepper diamonds, however, it is not colour but clarity that most impacts the appearance of these varieties. Another of the 4Cs, clarity refers to the inclusions inside and blemishes outside of a diamond.

As a diamond forms, the crystal will likely be exposed to carbon, graphite, nitrogen and other minerals that can accumulate to create inclusions. Most natural black diamonds get their appearance from large quantities or clouds of mineral that extend throughout the stone, and that may or may not be visible to the naked eye.

In order to enhance a natural black diamond's overall appearance, they may be heat-treated. Treated black diamonds typically are completely opaque, with a high lustre that gives the stones an almost metallic appearance. 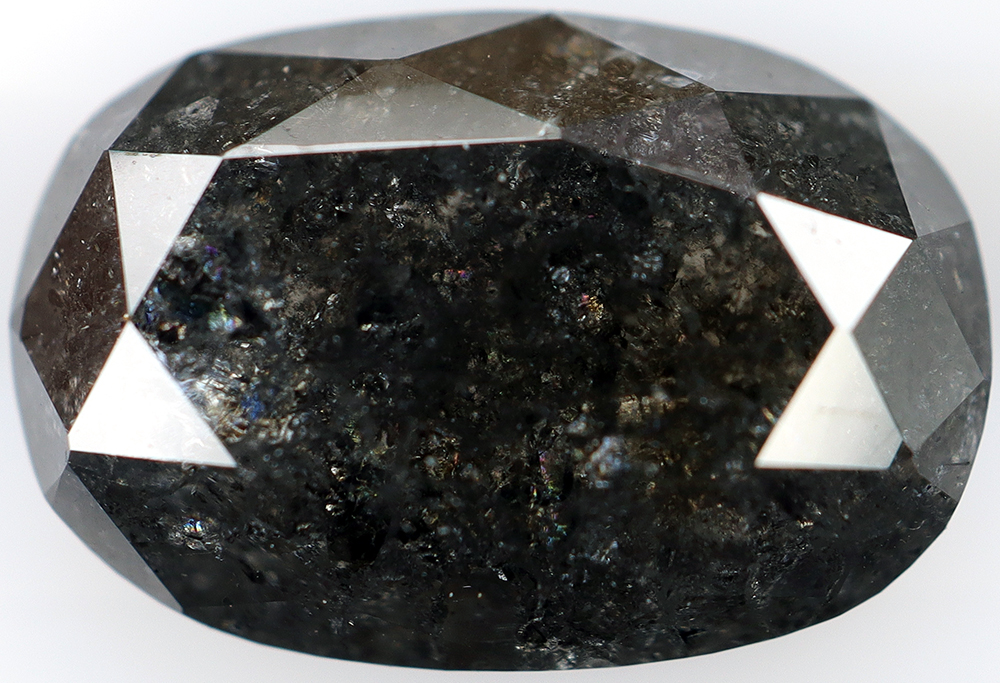 A very close-up look at the inclusions inside this unheated, natural black diamond from my collection. 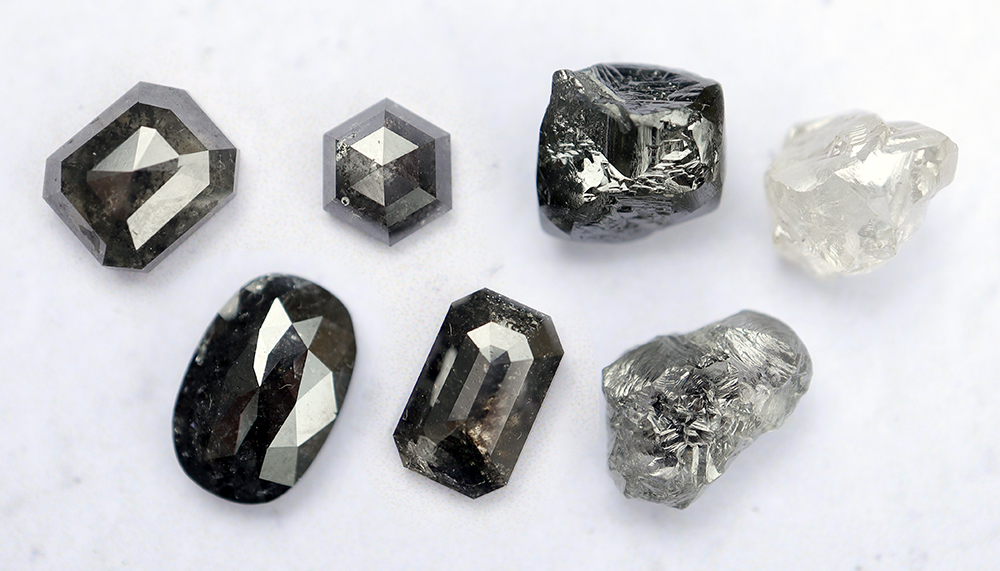 Although their inclusions do inherently make black and salt and pepper diamonds more brittle than an unincluded gemstone, their excellent hardness still make them an exceptional choice for wedding and engagement jewellery, and are a favourite choice of mine.

The majority of diamonds in the supply chain today do not come with documented origin. The Kimberley Process Certification Scheme (KPCS, established in 2003) was put into place to stem the flow of conflict diamonds into the supply chain, and although it is not a flawless system, it is the best we jewellers have available to us at present.

I proudly only work with Kimberley Process Certified diamond suppliers based in Canada, New York, India and Australia.

Choose from a curated selection of natural black and salt and pepper diamonds here.